Alarm bells rang when Louise’s gym instructor discovered her high blood pressure despite her being young and healthy, giving her a lucky escape from a very serious illness. 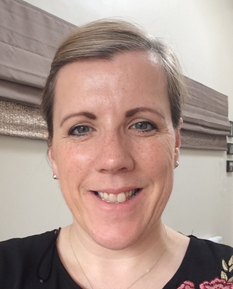 I was never told I had blood pressure problems while I was growing up, and I didn’t know the first thing about it, so wouldn’t have known if it was high.

When I left home at 23, I changed GPs and joined a gym. The instructor doing my gym assessment refused to let me carry on until I’d seen a doctor – my blood pressure was 165/135mmHg. I was a normal weight, healthy and didn’t smoke, so alarm bells instantly rang.

Fortunately, I saw a brilliant GP who suspected what it was straight away and referred me to a cardiologist. In 1997, a scan showed I had coarctation of the aorta, a congenital condition where the aortic artery, leading blood away from the heart, is too narrow. I was referred to a surgeon who put me on the waiting list for surgery. Without it, I was at a very high risk of having a stroke.

I had open heart surgery two years later to correct the deformity in my aorta. My blood pressure came down and stabilized and there was a good outlook that it would stay that way without medication. I went on to have two children, I worked and I carried on with a normal life.

In 2008, nine years later, it all went horribly wrong. One day I started coughing up large amounts of blood. I was rushed into hospital and had emergency surgery. I’d had a very rare complication from the previous surgery – the repair site had grown fistulas, like tubes of tissue that had attached themselves to my lung. My heart was now effectively pumping blood straight into my lungs.

The surgeons inserted a huge stent, a type of tube, into my aorta to stop the blood from escaping. My aorta is very wide so they had to fly in the biggest stent on the market. – It’s 34 mm in diameter and a foot long.

I had more complications, including a nasty case of pneumonia and the stent leaking, and spent a month in hospital moving between intensive care and high dependency. It took a long time to recover. Eventually, six months later, they put me on blood pressure medication because the stent was causing my blood pressure to go up and down.  A combination of two tablets seemed to settle it.

I was doing well, until four years later I had an episode at work where my heart was racing at 220 beats per minute. The team in A&E spent two hours trying to get it back down to a normal rhythm. I was diagnosed with supraventricular tachycardia (SVT), where the heart suddenly starts beating far too fast. This again sent my blood pressure up, and I was put on beta blockers to help stabilise both the SVT and my blood pressure.

Feeling fit and under control

I am now on three lots of medication for my blood pressure but it’s holding well. I go to the gym, walk my dogs, and work part-time as a private tutor – I quit my job as a regular teacher as the stress was doing nothing for my BP! I have good days and bad days, but the majority are good and I’m leading a pretty normal life.

I’ll never be off the meds and my blood pressure will always be wonky – I can have quite large differences between my left arm and right arm due to the stent – but, I’m now 43 and that’s an age I probably wouldn’t have reached had I not been sent packing by that gym instructor!