Richard lost so much weight his trousers fell off, but when the weight crept back on and his blood pressure rose, he knew exactly what to do. 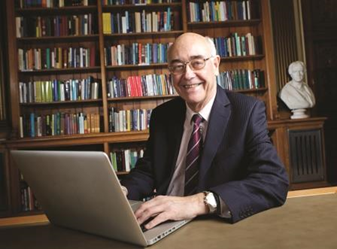 Many years ago, due to a promotion I couldn’t turn down and a housing market worse than the current one, I found myself living in a hotel for nine months. Living off readily-available food I didn’t have to cook and that gave me no pots to wash saw my weight balloon to some 17.5 stone.

Eventually, life returned to normal. One night I looked down at my paunch which had become a more-than-adequate occasional table for my wine glass, and being young and vane enough to care, I decided I needed to do something about it.

And a sudden weight loss

In those days, slimming plans and products were thin on the ground and generally the domain of the fair sex. So, I decided to visit my doctor, thinking he’d put me on a diet. Wrong! He reminded me that bad habits were the problem. I could still eat what I liked, contrary to a diet, but needed to do things like grill instead of fry, have four lighter meals instead of two big ones. All common sense really. Oh, and take stairs instead of lifts and so on.

He gave me a meal guide and told me to come back in a month. Being a stubborn soul, I followed his instructions precisely and 30 days later, I’d shed nearly two stone, much to the doc’s surprise as he didn’t think I’d follow his advice so closely. Within three months I lost over five stone without going on a special diet or engaging in unusual exercise regimes.

The pros and cons of my sudden weight loss

With my existing clothes wearing out, I didn’t want to replace them until I had achieved the new me. In the interim, I had to manage clothes that were becoming increasingly too big. That caused a problem when, one day, I was in my secretary’s office, had a stretch and my trousers fell down!

On the plus side, I’m a long-term member of the baldy brigade for whom slimming has a less than obvious benefit. As your head gets smaller, it looks as if you have more hair!

On the other hand, I was losing weight so quickly, I was looking a bit haggard. This led to people asking me less than subtle questions about my health thinking I was afflicted by some awful disease.

The diet plan that works

Nowadays, we are inundated with slimming systems and exercise routines all designed to provide the rippling six packs and size zero bodies flaunted by the models that accompany the adverts. How good they are, I’m not qualified to judge. I liked my doctor’s method – no special diets and exercise routines were needed, reducing the chance of slipping back into bad habits. But whatever method you use, you must be entirely and consistently happy doing it.

Now I’m not so young...or vain...as I was, I gradually became chubby again. I thought – I may do something about it and, then again, I may not, but I’m happy.

A health MOT, and a problem found

And then, courtesy of our great NHS, people of a ‘certain age’ are summoned to their doctor for the equivalent of a 30,000 mile service. I get the call and duly turn up for my once-over with a rather frightening practice nurse.

When we got to the blood pressure bit, the thinly veiled look of horror on her face told me the news wasn’t good. It wasn’t. I’d joined the 33% of adults who have high blood pressure. And mine was pretty high.

Poor diet, excess weight and lack of exercise are the main contributors, but the main problem is that there are no symptoms. That’s why it’s called the ‘silent killer.’ Unless you’ve been checked out, the first time you’re likely to know you have it is when you collapse.

I knew my diet wasn’t brilliant. Nor was my weight. Having obtained all the facts, the nurse then informed me that the odds of my keeling over with a heart attack or a stroke were not much better than 4:1 – much higher than the 54:1 of winning a tenner on Lotto!

I was told to report back the following month. In the meantime, it was a question of increasing the fruit and veg and, most important of all, decreasing salt. We need salt, and it is present in most foods, but we shouldn’t exceed 6g a day.

Getting the numbers down

As you can imagine, I was very motivated to beat those 4:1 odds and started to closely examine food packaging. To my amazement, I found foods which either had no information about salt content or were marked with sodium levels instead. I didn’t buy them. Very deceptive is sodium as 1gm equates to nearly 2.5gm of salt. At this point, I must congratulate the Co-Op. All of their own products are clearly marked and they also employ the recommended low/medium/high traffic light system.

Back I went to the surgery to discover that, not only was my blood pressure down 12 points but I’d also lost 9 pounds in weight. I wasn’t consciously on a diet, but I correctly guessed that my lower salt and higher fruit and veg intake would have that effect.

But there was much work still to do…that practice nurse is not easily impressed. The next month arrives and I’m hoping to show her what for this time. And I do. Blood pressure down to near normal and another 12 pounds off the waistline. She’s so impressed, there’s even the hint of a smile, I’m told not to return for a year.

I’m so chuffed, I forget to ask her how much the 4:1 odds have improved. I know they have so I don’t really care and trot off with my hands in my pockets to stop my oversized trousers falling down…and totally committed to staying slim this time.

Back on top form

Today, I’m slim and fit with excellent blood pressure and cholesterol thanks to a healthy diet and very regular exercise. It’s neither a no brainer nor rocket science, just a little bit of will power at the start, until your new healthy lifestyle becomes part of your everyday life.

Remember, 1 in 3 adults have high blood pressure. Remember, there are no symptoms until it’s too late. If you have the slightest suspicion you might be at risk, get checked out.

And remember, salt is a great preservative, but not of living things. So, to all those retailers out there not giving us the right information about salt, shame on you.