I had high blood pressure at 25 – Steve’s story

Steve thought that high blood pressure only affected older people, so his diagnosis came as a surprise. 20 years on, his medications and lifestyle changes haven’t been a problem. 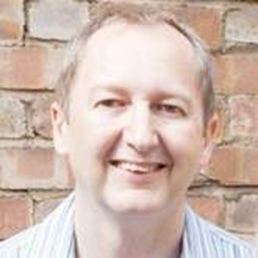 I have been living with high blood pressure for more than 20 years now. Back in 1993 I moved house across London from Peckham to Tufnell Park and needed to register with a new GP. As part of the registration process the doctor carried out a new-patient health check and picked up that my blood pressure was 200/100 – which was high.

I was a 25-year-old student at the time and with hindsight I knew something was wrong. I’d get burst blood vessels down my forearms after a big drinking night out and I had also been told by a previous doctor that I had the arteries of a 40-year-old who smoked a lot even though I’ve never smoked.

I was glad it was caught early

When I heard the news, at first I was surprised, as I thought high blood pressure only affected older people in stressful situations, but as it turns out it can affect anyone of any age at any time in their life. I also remember thinking it was strange that there was no known cause in the majority of cases.

Mostly though, my feelings were that I was just glad it was caught early and I had a chance to get it under control with medication. The thought of taking drugs for the rest of my life was a bit daunting, especially when I suffered from side effects early on such as a persistent dry cough, but this subsided when my doctor changed my pills.

Back then the first thing my doctor advised was that I stopped drinking altogether to see what effect that had. I did it for 30 days and my blood pressure went up. But I thought it was worth sticking with so I went nearly 10 years without any alcohol. Now I have the occasional glass of red wine.

I have tried to cut back on fatty foods and sugar and try to opt for the healthier option such as granary bread and wholemeal pasta, but it’s taken a while. My diet could improve further though.

Physically, I run, play badminton at least weekly, squash monthly and tennis occasionally. I’m probably half a stone over what I’d like to be, but I’m not in too bad shape. The biggest lifestyle change for me was the not drinking, especially at such a young age. The last train home from a night out wasn’t as much fun as it used to be and dating became more of a challenge due to sobriety but ultimately my health was my priority and not having a hangover turned out to be a blessing!

More than 20 years of blood pressure medication has not actually been a problem and taking one or two pills a day has just become part of my life, and looking back, I am glad to say I am all the healthier for it.