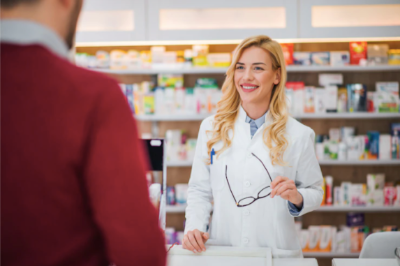 A recent study of over a million people in East London has shown that optimising medicines for high blood pressure and high cholesterol would prevent serious events such as heart attacks and strokes, and reduce hospital costs.

Cardiovascular diseases (CVD), including heart disease and stroke, are the most common cause of death and disability worldwide. High blood pressure and cholesterol are two of the most important risk factors for these diseases and, importantly, both can be treated, but their treatment is often sub-optimal. A team including researchers from Queen Mary University of London set out to explore the gaps in treatment and created a model to predict the improvements to health and savings in hospital costs if those gaps were filled.

What did the study show?

The study included data on all adults diagnosed with high blood pressure or existing CVD in 123 London primary care practices in the City and Hackney, Newham, and Tower Hamlets in 2019.

Their models explored the effects of starting treatment for people not currently receiving any, and adding in further medications to those not currently receiving the optimal combinations available, including ACE inhibitors or ARBs, Calcium Channel Blockers, and Thiazide Diuretics. They also predicted the effects of optimising statins to lower cholesterol.

The results showed that over five years, medicines optimisation could prevent 1000 heart attacks, strokes and deaths. The hospital cost savings, minus the cost of the extra medication, were about £1100 per person over their remaining lifespan. This would equate to over £50 million saved for all patients in the study.

Phil Pyatt, CEO of Blood Pressure UK say: “This study puts into tangible numbers the improvements in health, and savings in hospital costs, that could be gained through better blood pressure control and putting into practice the treatment pathway recommended by NICE.”

Improvements in care in East London

The East London locations studied are among the most socially deprived in England, with a diverse population including South Asian, Black British, African and Caribbean ethnic groups. Primary care practices in East London are looking to put a programme in place to optimise blood pressure and cholesterol treatment to prevent CVD and reduce health inequalities. This includes training and support for health professionals and in-practice pharmacists. Find out more from QMUL


Read the research study for free in BMJ Open.