More than a pick-me-up

Drinking ground coffee could do more than help you stay awake, it could improve your heart health too, according to new research 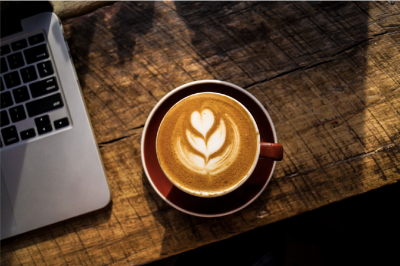 A study of almost half a million people has shown that drinking up to three cups of ground coffee is safe and could even improve your heart health. Researchers from Queen Mary University of London and the Budapest Semmelweis University found that drinking ground coffee was linked to a lower risk of dying during the study period and a lower risk of stroke – but instant coffee had no effect. MRI scans showed the benefits could be due to subtle changes in the structure and function of the heart.

Previous research has shown mixed effects of coffee drinking, with some even showing it could be harmful. This is the largest study to date and shows that coffee appears to be helpful rather than harmful.

How was the study run?

The research team analysed data from 468 829 people taking part in the UK Biobank who had no signs of heart disease. They completed detailed questionnaires about their coffee-drinking and other lifestyle habits, such as whether they smoked and how much they exercised. The team also looked at data on other risk factors for heart disease and stroke, such as blood pressure, diabetes and cholesterol.

The participants were then split into three groups – non-coffee drinkers, light-to-moderate coffee-drinkers and those who drank a significant amount throughout the day. They were followed-up for an average of 11 years, and 30,000 people also had MRI scans to see how coffee affected their hearts over time.

What did the researchers find?

Compared to non-coffee drinkers, those who drank half a cup to three cups a day (light-to-moderate coffee consumption) was associated with:

High intakes of decaffeinated coffee were also associated with lower risk of death from any cause, suggesting it’s not only the caffeine which plays a role, but the researchers said this needs further research.

Instant coffee did not have the same benefits as ground coffee, and Dr. Zahra Raisi-Estabragh of Queen Mary University of London explained: “The reason behind this may relate to the different production process of the ground and instant forms as they contain different additives.”

The MRI scans showed that regular light-to-moderate coffee drinking was beneficial for the heart, suggesting that it could slow down age-related changes. The changes included larger ventricles, which would make it easier for the heart to pump blood around the body.

What does this study add?

Professor Steffen Petersen of the William Harvey Research Institute at Queen Mary University of London said: “The large sample size, linked health data, and detailed heart MRI scans available in the UK Biobank offered a strong base to address this research question. According to the results, light-to-moderate coffee consumption is not damaging from a cardiovascular point of view, and it could be beneficial. As far as we know, this has been the largest study to date which focused on the effect of coffee on cardiovascular health.”

He added: “Coffee is one of the most consumed beverages in the world, however its cardiovascular effects are not well-known, and some previous studies have shown contradictory results. This latest analysis of the UK Biobank data is a valuable contribution to existing research in this field providing a comprehensive evaluation of the relationship between coffee consumption and several aspects of cardiovascular health."

“It’s also important to highlight that even for those who were heavy coffee-drinkers, we did not find evidence of negative cardiovascular consequences” said Dr. Maurovich-Horvat. “However, there were no positive health benefits observed in this group.”

Nirmala Mharkandu, Hypertension Nurse Specialist at Blood Pressure UK says: “The results of this study suggest that drinking ground coffee is safe, as even large intakes were not associated with adverse effects to the heart and blood vessels, addressing previous conflicts in the research. Ground coffee may even be beneficial for you heart.

“There are far more effective ways to improve your heart health, such as eating less salt and saturated fat and taking regular exercise, but it may be a relief to know that ground coffee probably isn’t going to cause you any harm.”

Read more about the study from Queen Mary University of London.

Find the full paper in the European Journal of Preventative Cardiology.