Mandatory salt reduction in South Africa appears to be working 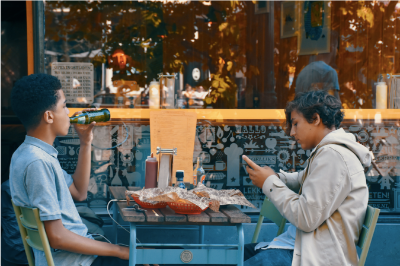 Preliminary data suggest that a new salt reduction programme in South Africa is effective in lowering salt intakes at a population level. The Government set mandatory salt targets for food companies to reduce the amount of salt they add to food in 2016, as opposed to the voluntary targets we have in the UK. Data from a small sample of the population shows that in 4.5 years, salt intakes have fallen by 1.2g per day – enough to prevent thousands of strokes and heart attacks in the long run. The data add weight to calls for the UK Government to do the same and introduce mandatory targets.

Salt directly raises blood pressure and is the greatest risk factor for cardiovascular disease (including heart attacks and strokes) which is the leading cause of death worldwide. In Subsaharan Africa, the average salt intake is 8g per day, far higher than the World Health Organisation recommendation of less than 5g per day. These are similar figures to the UK’s, where salt intakes are 8.4g and the recommendations are to stay below 6g.

The UK has had a salt reduction programme for twenty years that involves voluntary salt reduction targets for manufactures for different categories of foods. While this was effective to start with, progress has stalled and health organisations including Blood Pressure UK are in support of making these targets mandatory rather than voluntary.

South Africa was one of the first countries to introduce such a programme in 2016 to tackle high salt intakes in young adults and prevent heart disease and stroke later on. This new study suggests that the programme is working.

The African-PREDICT study looked at a small sample of 311 young adults, aged 20 to 30. Urine samples showed that their salt intake fell by around 1.2g per day over an average of 4.5 years.

Importantly, black people saw the greatest reduction of 2.04g per day, and people in lower status socio-economic groups had reductions of 1.84g per day, suggesting the programme could go some way to reducing health inequalities.

It was previously estimated that salt reduction targets for bread, margarine, soup and seasonings would lead to a 0.85g reduction in salt intake per person per day and prevent around 7,400 CVD-related deaths per year. The reduction of 1.9g in lower socio-economic groups has the potential for even greater benefits, as vulnerable groups tend to consume more processed foods.

The study included only a small number of people over less than five years, so longer term studies with larger numbers of people will be needed to see the effects in the long term, including the effects on health outcomes such as heart disease and stroke.

Graham MacGregor, Professor of Cardiovascular Medicine at Queen Mary University of London, and Chairman of Blood Pressure UK and Action on Salt, comments:

“Salt reduction is one of the most cost-effective strategies to remove unnecessary strokes and heart disease. Many thousands of lives in South Africa will now be saved from strokes and heart disease because of a simple piece of legislation forcing food manufacturers to put less salt in the food that they produce. It has taken the UK 20 years to see similar salt reductions from a voluntary approach, that South Africa has achieved in just few short years with a regulatory approach.

“The UK led the world in reducing salt but due to government inaction, the country is now lagging behind, meaning many thousands of people are dying and suffering unnecessarily. The UK government must now stop pretending that the profit-driven food industry will police itself and set new mandatory comprehensive salt reduction targets immediately.”

Read the paper, ‘Early Evidence for the Effectiveness of South Africa’s Legislation on Salt Restriction in Foods: the African-PREDICT Study’ in the in the Journal of Human Hypertension.