Long term paracetamol use has implications for heart health 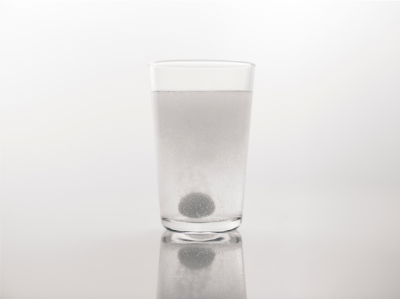 This February, two new studies were published showing that taking paracetamol over long periods could raise the risk of heart attacks and strokes. The first small study of 110 people showed that taking paracetamol four times a day raises blood pressure by about a further 5mmHg in people with high blood pressure. The second much larger study included data from 300,000 people and showed that soluble or effervescent (fizzy) tablets, which are made with sodium, raised the risk of heart attacks and strokes whether or not the people were taking blood pressure.

The studies call into question the safety of long-term paracetamol use, however, they do not raise concerns for short term use, such as short-term pain or fever.

Long term paracetamol use in people with high blood pressure

The first study was run by the University of Edinburgh and included 110 people with high blood pressure. The participants were split into two, and each group was given either one gram of paracetamol four times a day (a dose routinely prescribed for patients with chronic pain) or a placebo (a dummy pill) four two weeks. Both groups had a ‘wash out’ period of two weeks where they didn’t take either tablet, then the groups were then switched – so both groups took both tablets.

The effect was similar to the effect of NSAIDS (non-steroidal anti-inflammatory drugs), and would be enough to raise the risk of heart disease or stroke by an estimated 20% if sustained in the long term.

Paracetamol is generally thought to be safer than NSAIDS which are known to raise blood pressure. Even though some observational studies have suggested paracetamol raises blood pressure, there is a lack of research to explore the effect.

The authors said that people taking high blood pressure for chronic pain should opt for the lowest dose for the shortest time possible.

“We would recommend that clinicians start with a low dose of paracetamol, and increase the dose in stages, going no higher than needed to control pain. Given the substantial rises in blood pressure seen in some of our patients, there may be a benefit for clinicians to keep a closer eye on blood pressure in people with high blood pressure who newly start paracetamol for chronic pain.” Professor David Webb Principal Investigator and Chair of Therapeutics and Clinical Pharmacology at the University of Edinburgh.

The team also said the findings should lead to a review of long-term paracetamol prescriptions to patients – particularly those with high blood pressure, or those at particular risk of heart disease or stroke.

“This study clearly shows that paracetamol – the world’s most used drug – increases blood pressure, one of the most important risk factors for heart attacks and strokes. Doctors and patients together should consider the risks versus the benefits of long-term paracetamol prescription, especially in patients at risk of cardiovascular disease.” Professor James DearChair of Clinical Pharmacology at the University of Edinburgh.

The results are not a concern for short term use. “This is not about short-term use of paracetamol for headaches or fever, which is, of course, fine – but it does indicate a newly discovered risk for people who take it regularly over the longer term, usually for chronic pain.” Dr Iain MacIntyre, Lead Investigator and Consultant in Clinical Pharmacology and Nephrology at NHS Lothian.

One limitation to the study is the small sample size.

Read more from the University of Edinburgh.

Open access version of article published in the journal Circulation.

The second study showed that regularly taking paracetamol that contains sodium over a long time is linked to a higher risk of heart attack, stroke, heart failure and death. Researchers based in China analysed the data from 300,000 people registered with GPs in the UK aged between 60 and 90. They found that taking soluble and effervescent tablets raised the risk of disease whether or not the patients had high blood pressure or not.

Previous research has already shown that soluble tablets contain a surprising amount of sodium which can be enough to take you over the maximum salt or sodium recommendation for the day, that this can raise blood pressure. It has also shown that it can raise the risk of stroke, heart disease and death in people already with high blood pressure, but the evidence was not conclusive on the effect they can have on people without high blood pressure already.

Soluble and effervescent tablets are made using sodium to help them dissolve. Sodium is the part of salt that raises blood pressure. Eating too much salt (or sodium) is known to raise the risk of high blood pressure and related conditions including heart attacks and strokes. Soluble paracetamol can contain a significant amount of salt, and if you take the maximum daily dose, you could be taking more than the 2g maximum of sodium (salt) per recommended by the WHO.

This equates to a slightly higher risk among people who already have high blood pressure. These risks rose the longer people took the tablets.

There were some limitations to the study, for example there was no information on how much salt the participants were already eating, and the study was observational, which means it can’t prove cause and effect.

The authors concluded that “individuals should avoid unnecessary excessive sodium intake through sodium-containing acetaminophen [paracetamol] use.” They noted that “Although the US Food and Drug Administration requires all over-the-counter medications to label the sodium content, to our knowledge, the potentially detrimental effect of sodium-containing acetaminophen on the risks of hypertension, CVD, and mortality has not been issued a warning” and suggest revisiting the safety profile of effervescent and soluble paracetamol use.

Read the paper in the European Heart Journal.

Phil Pyatt, CEO of Blood Pressure UK says: “Paracetamol is the most commonly taken medicine in the world. People taking soluble versions don’t realise they’re taking on extra sodium, in some cases enough to take you over your maximum for the day, and this research shows that these medicines could lead to life-changing illness. It’s concerning to see that even the regular tablets could raise blood pressure which could have consequences in the long term.

“There is no need to worry about short term use, but patients, doctors and pharmacists should be aware that these medicines that seem harmless could have serious implications in the long term. They should weigh up the risks and benefits and lower the dose if possible and consider whether they are necessary.”