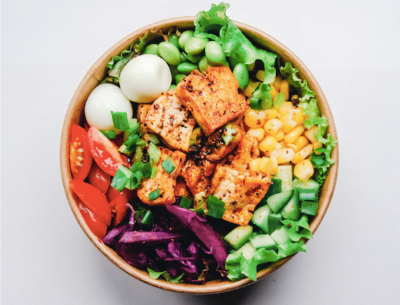 A study of 12,000 people in China has shown that adults who ate protein from the greatest variety of sources had a lower risk of developing high blood pressure than those who ate protein from only one or two. The study was an observational study where people’s diets and blood pressure were simply recorded so it cannot be considered proof of effect, but it is an interesting addition to the research supporting a balanced and varied diet.

High blood pressure is a leading cause of premature death and disability worldwide as it raises the risk of strokes, heart attacks and other diseases. Diet is known to affect blood pressure, with evidence to show that salt and saturated fat raise it while fruit and veg help to lower it. The current study looked at the effect of protein – one of the three major ‘macronutrients’ along with carbohydrates and fats.

What did the study involve?

12,000 people who were taking part in the China Health and Nutrition Survey from 1997 to 2015 were included in the study. They answered questions about their diet on at least two occasions over an average of six years.

The researchers from Nanfang Hospital at Southern Medical University in Guangzhou, gave the participants a protein ‘variety score’ out of eight, based on the number of sources of protein they reported eating. The eight sources were catagorised as: whole grains, refined grains, processed red meat, unprocessed red meat, poultry, fish, egg and legumes (beans, peas and lentils). They then looked at data on who developed high blood pressure.

What did the results show?

What does this study add?

"Nutrition may be an easily accessible and effective measure to fight against hypertension.," said study author Xianhui Qin, M.D., of the National Clinical Research Center for Kidney Disease at Nanfang Hospital, Southern Medical University in Guangzhou, China. "The heart health message is that consuming a balanced diet with proteins from various different sources, rather than focusing on a single source of dietary protein, may help to prevent the development of high blood pressure."

This study was not designed to explore how protein could have an effect, so more research is needed to find out if and how proteins can affect the health of the blood vessels. The researchers suggested an effect could be due to the variety of amino acids – the building blocks that make up different proteins.

The UK’s Eatwell Guide recommends including protein as part of a healthy diet, listing beans, peas and lentils as good, low fat, options as well as eggs, meat and fish.

Nirmala Markhandu, Hypertension Nurse Specialist at Blood Pressure UK says: “This is an interesting study that adds to the research supporting a balanced diet for a healthy heart. It does not prove cause and effect and is not supported by previous research, so more work will be needed to understand the relationship between proteins and heart health."

The most effective way to lower blood pressure is to eat less salt and make other healthy changes to your lifestyle.

Read the paper in Hypertension, the journal of the American Heart Association.