New research from China shows children can help their families to eat less salt through app-based learning, lowering their blood pressure with it 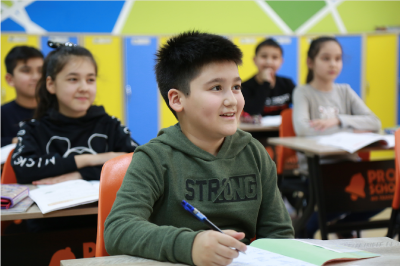 Primary school children can help their families to eat less salt through the use of an app, according to a new study from China. Over the 12-month study, adult family members reduced their salt intake by 8% (0.82g/day), accompanied by a significant fall in their systolic blood pressure (the top number). If this new approach were scaled up across China, where salt intakes are very high, it would prevent an estimated 250,000 strokes and heart disease events such as heart attacks every year. The results could have major implications for other countries.

The research led by Queen Mary University of London and The George Institute for Global Health at Peking University Health Science Center, China, showed that schoolchildren can help their families to reduce their salt intake via smartphone app-based learning.

54 primary schools took part, including over 590 children aged 8-9 years old and over 1180 adult family members. Children, parents and grandparents were taught about the dangers of eating too much salt and how to reduce it using a smartphone app known as AppSalt. The app was installed on the phones of the parents and grandparents, while the childrens’ homework was to remind them to complete the learning and tasks with them. School teachers were involved by communicating with children and their families through virtual chats or in-person meetings.

Salt intake was measured at the start of the study and one year later using 24-hour urine collections – the most accurate way to measure salt intake. The average salt intake was 5.5g per day for children and 10.0g per day for adults – double the recommended limit from World Health Organization. After one year, salt intake fell by 8% (0.82g per day) in adults which was accompanied by a fall of 1.6 mmHg in systolic blood pressure. In children, there were small falls in salt intake and blood pressure, but they were not significant (a research term, meaning it’s possible the fall in children could have been a chance finding).

Strokes and heart disease are on the rise in China due to economic changes: there were ≈2.2 million stroke deaths and ≈1.9 million heart disease deaths in 2019. Salt reduction is one of the most cost-effective measures for preventing these unnecessary illnesses. Approximately 80% of salt is added at home in China, and so far no country has demonstrated a successful salt reduction programme in such settings.

Professor Feng He, Professor of Global Health Research at Queen Mary University of London and lead author said: “This study provides a novel and feasible approach to reducing salt intake in the population where most of the salt in the diet is added by the consumers. Nationwide implementation could support salt reduction efforts, leading to a reduction in salt intake in the Chinese population and therefore a reduction in strokes and heart disease.”

Professor Puhong Zhang, associate director at The George Institute for Global Health at Peking University Health Science Center and joint lead author said: “Primary school is a well-organised place where salt reduction education could be integrated into the existing health education curriculums and nearly all the families could receive the education through schoolchildren in a long run. This will help salt reduction across the whole population in China”.

Professor Graham MacGregor, Chairman of WASSH (World Action on Salt, Sugar and Health), Professor of Cardiovascular Medicine at Queen Mary University of London and co-author said: “This study has achieved a reduction in salt intake and blood pressure with the use of a smartphone app. Given the devastating impact salt has on health, all countries should adopt measures to reduce salt intake, including apps like AppSalt. In settings where most of the salt comes from processed foods, the industry also needs to reduce the huge and unnecessary amounts of salt they add to food. The best way of doing this is to set mandatory salt reduction targets, e.g. South Africa and Argentina.”

Hemini Bharadia, Marketing Manager at Blood Pressure UK said: “Even though the study was carried out in China where people add more salt at home rather than eating processed foods, it’s encouraging to see the effects of involving the whole family in a lifestyle change. The NHS Food Scanner app is fun and family-friendly and could be used to get kids involved to make healthy eating an enjoyable part of family life.”

Read more from World Action on Salt and Health

Read the study in the BMJ