Season with Sense – a campaign for lower salt and better health 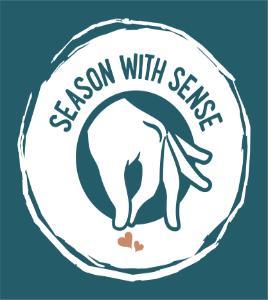 LoSalt are on a mission to change the way we view and use sodium with support from Blood Pressure UK.

Salt is the biggest source of sodium and 1 out of 3 people are not worried about how much salt they eat according to a new survey*, but too much salt raises blood pressure and is harmful for health. LoSalt, who make a potassium-based alternative to salt, have launched their new public awareness campaign, Season with Sense, encouraging the public to learn more about salt and make small and informed changes to their diet to improve their health.

Our CEO Katharine Jenner joined a panel of health and nutrition experts for the launch of the campaign in a webinar on 6 February. She joined host, TV Presenter of Food Unwrapped Kate Quilton, well-known media GP, Profession Sarah Jarvis and chef and motivational speaker, Sally Bee. They discussed new research around the lack of awareness around salt and the dangers this can pose, and the way forward.

Watch the roundtable discussion for the Season with Sense launch.

Katharine Jenner, explains why we need to keep salt at the front of our minds

“In the UK we eat far too much salt and this is harmful to our diet and our health. The current target is to reduce our salt intakes to of the maximum recommended amount of 6g a day for adults and even less for children, from the current average of 8.4g a day. At a population level this will reduce strokes by around 22% and heart attacks by 16% saving 17,000 lives in the UK, as well as other health benefits.

“Most of the salt we eat comes from processed foods, restaurants, cafes and takeaways, and some is added to cooking. Much of it is hidden in the foods we buy, leading to too much in our diets. Switching to cooking more foods at home and watching the salt you add, combined with a concerted effort from the food industry to lower the salt they add to their products, will lower our salt intakes and save lives.”

NHS doctor Sarah Jarvis explained that salt is the forgotten killer. It affects the body in numerous ways including raising blood pressure which in turn can lead to strokes and heart attacks.

Sodium is the part of salt that raises blood pressure, and salt is the biggest source of sodium within our diets. This is why it’s essential to reduce salt intake, and when that’s not possible, using a low sodium alternative to salt.

In the UK 6 out of 10 people would (or know someone who would) instinctively add salt to food, 1 in 15 add salt out of habit and 1 out of 3 people are not worried about how much salt they eat.*

Reducing sodium saves lives, and the Season with Sense campaign is encouraging people to make better salt choices. LoSalt are campaigning for more consumer education and information which encourages small and informed changes to what we buy, cook and eat, improving health and wellbeing.

Visit Season with Sense for more information and follow the campaign on Instagram with @SeasonWithSense to see how salt affects your health, the simple changes you can make to cut back, and learn more about their low sodium seasoning, LoSalt.

LoSalt has all the taste of regular salt with 66% less sodium, it's made using a blend of two natural mineral salts, potassium chloride and sodium chloride, so it doesn’t have the same effect on your blood pressure but still gives a salty flavour.

Get cooking with this cook-along with LoSalt ambassador Sally Bee.

*According to an online survey of 2,000 UK adults conducted by Mortar Research, January 2021.